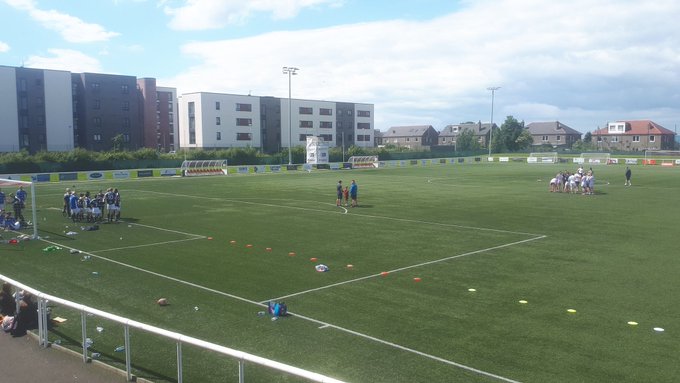 Before the rugby began players and coaches were invited by The Rt. Hon. Lord Provost and Lord Lieutenant of the City of Edinburgh, Councillor Mark Brown and Councillor Phil Doggart who hosted a reception in the City Chambers to welcome everyone to Edinburgh. On behalf of everyone at Homeless Rugby thank you for such a warm welcome to the city and incredible start to what was an amazing weekend. 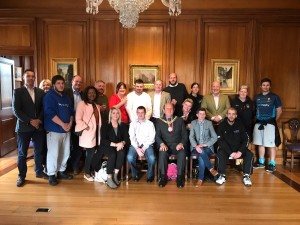 Players from across England and Scotland with The Rt. Hon. Lord Provost and Lord Lieutenant of the City of Edinburgh, Councillor Mark Brown and Councillor Phil Doggart and Homeless Rugby Directors Dave Rogers, Greg Cann and Anne Maree McDonough

Hosted by Spartans FC this years event had almost 50 players taking part, our most ever! We’ve also been working hard across all of our teams to make sure rugby is as accessible as possible to everyone and this years event seen a huge increase in the number of female participants, making up almost a quarter of all players on the day.

Initial games were all-English and all-Scottish affairs with Glasgow, Edinburgh and Cumbernauld all challenging each other before Worcester vs London Irish; our newest team with players only four weeks into their rugby journeys. For some of the newest players this was their first ever competitive game of rugby, but an amazingly fun experience was had by all. 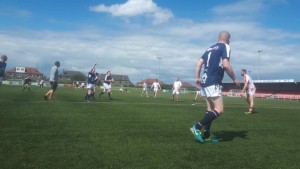 Scotland looking of a gap in the England defence

This years event again was supplied by Bala Sports, a Fairtrade sporting good specialist who help give a fair deal to workers in Pakistan and India. It is always great to have them on-board.

Later in the afternoon players from across England and Scotland combined respectively to create the national mixed and men’s teams for 2019. With the increased number of female participants this year the mixed tournament allowed us to reward and welcome new players in a competitive format. The game started at a frantic pace with England running out to an early lead. In the second half Scotland started to make in-roads crossing the line themselves but England were able to hold on as the match finished 4-2.

The rugby finished with England and Scotland Men’s teams facing off in a heated finale. Early tries were traded before both teams defence starting to take charge as increasingly creative attack play couldn’t find a gap in either defence. With the score tied at half time and fresh legs coming on in the second half England took the lead and looked to have the final game won before a late bit of brilliance seen Scotland score at the death and end the game with spoils shared. 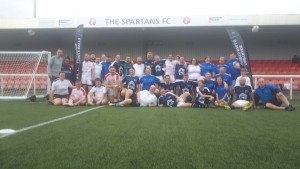 Players from England and Scotland come together for a group photo

In addition to the team awards on the day, there were also special recognition to our men’s and women’s player of the tournament. Homeless Rugby supports World Rugby’s core values of integrity, respect, solidarity, passion and discipline in everything we do, and encourage our players to do the same. Across the weekend’s activities all participants stepped up and showed just how positive rugby can be on and off the pitch. Dave from Worcester and Sheena from Glasgow however spent the weekend representing their teams and the rugby community excellently, before playing some fantastic rugby individually, and encouraging their team-mates to improve with each phase of every game. Both were true ambassadors of rugby over the weekend. 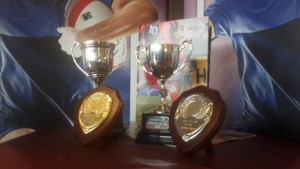 If you think you, your club or charity would be interested in setting up a Homeless Rugby team in your area, get in touch to find out how by emailing darran@homelessrugby.org.

This years event seen a late change as our Wales team ran into bus trouble and were unable to attend. We were sad to not see Wales this event but will be working hard to get them to meet our other teams later in the year.