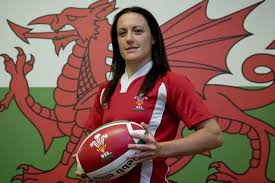 Ambassadors are rugby personalities who act as figureheads for the organisation, lending high-profile support to the participants supported by our charity. Homeless Rugby are therefore excited to welcome Melissa Berry, Kim Oliver and Clara Nielson to the family.

The new ambassadors are looking to help Homeless Rugby improve our existing team as well as being the catalyst for new ones. Some of the aims of our new ambassadors include: 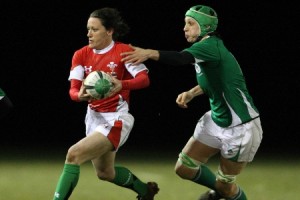 Melissa for Wales busting through the Ireland defence

Melissa like Homeless Rugby has worked across Wales, England and Scotland predominantly using sport and physical activity as a tool to create social change. We share her passion for social justice and the power of sport to change the world, and enabling others to be the best they can be regardless of their start in life. Everyone’s on their own unique journey, and Melissa’s has been an incredible one on the pitch.
93 Caps for Wales (63 of those as Captain)
2 World Cups
First full cap 1998, finished played in 2010. Took one Gap year to play in NZ 2004 – 2005. 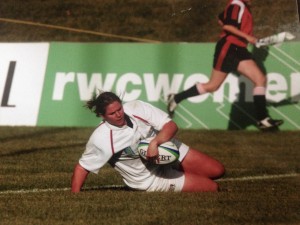 Kim touching down for England at the RWC

During my time here I was selected for England U18s, England Academy, England A, then finally getting my 1 st cap in NZ in 2005 against Samoa. I played in five 6 Nations campaigns and started in the World Cup Final in 2006. I played for Clifton/Bristol for 13 seasons finally having to retire due to injury in April 2013. I started coaching in 2013 with Bath Rugby as a community Rugby Coach, then moving to Gibraltar for 2 years to be the Rugby Development Officer. 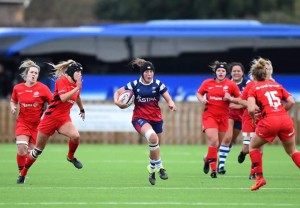 Clara in action for Bristol Bears taking on everyone

Clara Nielson
Bristol Bears Women’s Captain 2018/19
Position – Hooker
In my 7th season at Bristol having joined after playing youth rugby for Tavistock in Devon.
Honours – England U20s and England National Academy
At Exeter University doing a PhD in Marine Biology and also play for the University team. We won the University championship last season at Twickenham.

Key Characteristics of a Homeless Rugby Ambassador, based on rugby values are:

If you think you have the skills, experience, passion for rugby and ability to create change and new opportunities for Homeless Rugby within your rugby family then contact martin@homelessrugby.org for more information.