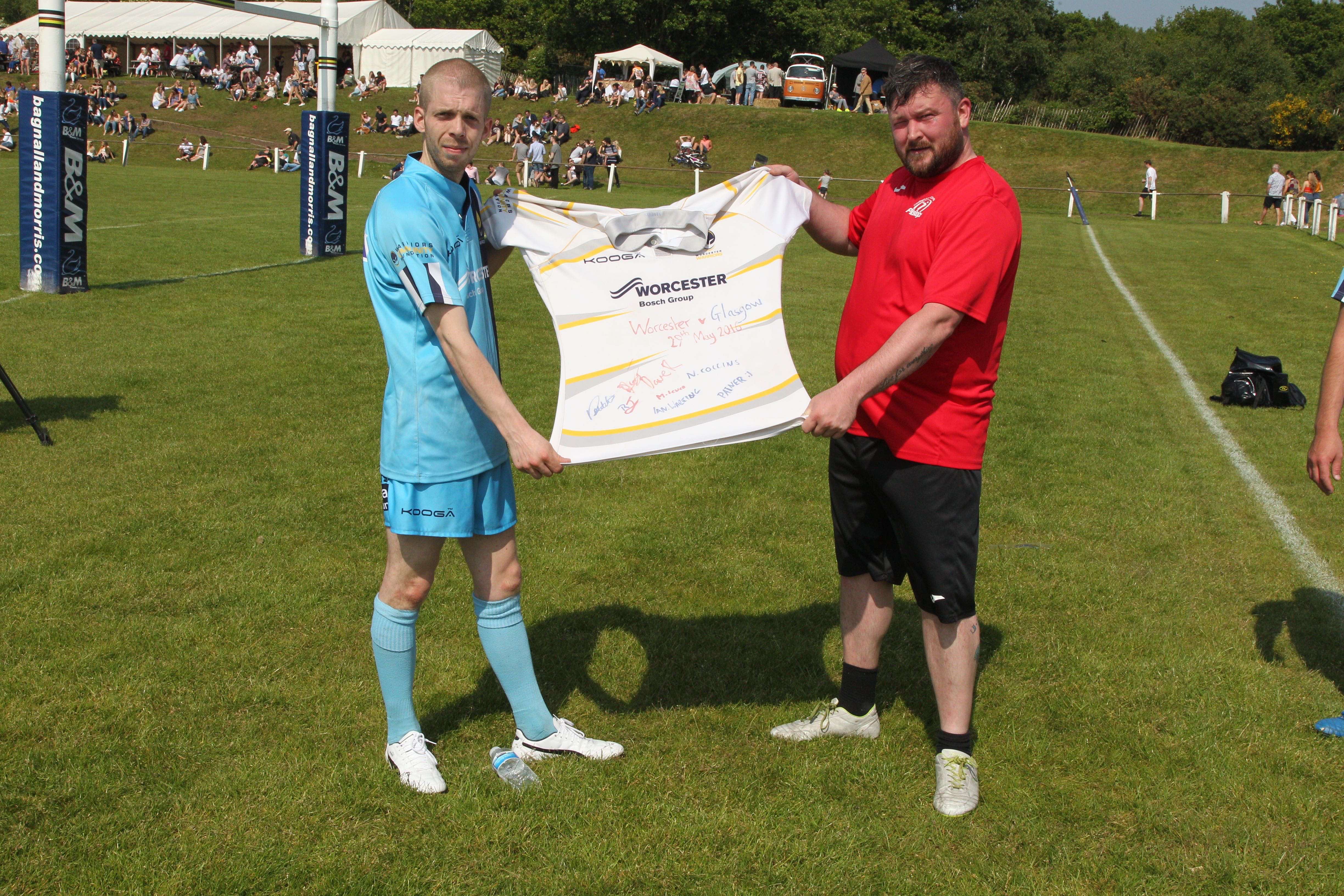 This summer Homeless Rugby teams from Worcester and Glasgow representing England and Scotland, met for the first time ever to compete in the inaugural International Homeless Rugby Cup.

The first-ever homeless rugby team from Worcester faced off against a new team from Glasgow in a fiercely competitive match amid the blistering heat. Glasgow ran into an early lead in the first half before Worcester pulled it back to 3 tries apiece.

The second half continued the energetic way with both teams pressing hard for the win. Ultimately, as the heat played its part on everyone, the more experienced Worcester pressed on for the win 6-5.

Following the game, players and coaches came together to congratulate each other on a great game, on the journey the teams had taken, and their hopes for the project moving forward.

“It was a fun packed day enjoyed by all. It was good to meet new people and showcase the project.”

“We were keen to be involved in the day, which was played out in the best spirit. Our players were able to demonstrate the wider social skills, of sportsmanship, respect and responsibility, that underpin the project.”  – Greg Cann (Glasgow Coach) – Project Manager, NG Homes

“The players who attended have been committed to the project for a long period of time so it was great to be able to reward their hard work with a showcase occasion like this. The life skills that our players have learnt on the rugby pitch have helped them in their day-to- day lives, and their change in attitude has been brilliant to see.”

Homeless Rugby are working to create new Homeless Rugby teams across the UK, working towards next years competition already with more players, more teams and more impact tackling homelessness on and off the pitch in the year ahead.